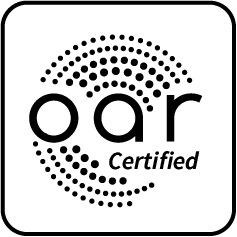 Founded in 2003, INVIDI is the preeminent developer of global addressable advertising solutions, offering both linear and digital addressability through its stack of products, including INVIDI “MediaHub,” INVIDI Edge™, and INVIDI Pulse. INVIDI pioneered the development of addressable television, first in the United States and then globally in Europe, Latin America, Asia and Australia. INVIDI’s proprietary technology is able to provide addressability on both local, programmer advertising inventory on all MVPDs (cable, satellite and telco) as well as via online television distribution. INVIDI is co-owned by AT&T, DISH Network L.L.C., and WPP. For additional information, visit www.invidi.com. 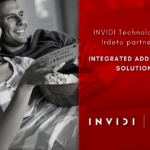 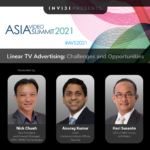 INVIDI’s VP and General Manager, Nick Chuah hosted the “Linear TV Advertising:...
Scroll to top
We use cookies to understand how you use our site and to improve your experience. By using our services, you agree to our use of cookies.
ACCEPT
Privacy Policy
Manage consent