Adcuratio Media and INVIDI Technologies announced today that DIRECTV (part of AT&T) and INVIDI have entered into an alliance with Adcuratio to build one of the largest platforms for national addressable inventory across network cable and broadcast. DISH Media has also joined with Adcuratio, which has programmer partners including A+E Networks, FOX Corp and ViacomCBS. The new agreement significantly expands the distribution footprint and national network inventory available for ad-versioning addressable television across all DMAs.

A+E Networks, FOX Corp and ViacomCBS are pioneers who have helped the alliance co-invent and implement ground-breaking innovations enabling addressability on cable and broadcast networks. They have helped Adcuratio and each of its partners achieve industry firsts, from a pilot of ad-versioning campaigns on DISH, A+E and FX in 2018, to the full-scale commercial cable launch and broadcast tests of ad-versioning in 2020.

“Our plan has always been to scale the local-break addressable business via our national sales force to a sufficient level of maturity, which we have done, and now are more than ready to enable the programmers’ national minutes,” said Jason Brown, who leads national sales efforts for DIRECTV’s addressable TV business. “Programmers’ advertising teams no longer have to be selling a single spot with the same creative to all households.”

“We are thrilled that advertisers will be able to execute across multiple distributors on programmer-owned inventory from A+E, CBS and FOX, creating single-buy scale and ease of execution for media planners and buyers,” said Kevin Arrix, SVP of DISH Media. “This development will also provide combined back-end reporting across distributors and programmers, which is critical in driving addressable TV advertising to the next level.”

“A+E Networks continues to be a leading advocate for actionable solutions on a national basis, leveraging great content, smart technology and valuable audiences to deliver positive outcomes for our marketing partners,” said Peter Olsen, President, Ad Sales, A+E Networks. “Our industry leading work in live linear addressable with Adcuratio allows our advertising/marketing partners to align their messaging against our audiences’ consumer journey, further maximizing the value of their investments on A+E Networks. We are excited as this opportunity scales.”

“ViacomCBS is proud to be at the forefront of addressable advertising, including our transformative work with Adcuratio,” said Mike Dean, Senior Vice President of Advanced Advertising at ViacomCBS. “TV remains the best place to drive brand awareness, and this important expansion further enables our ability to deliver tremendous scale, deeper engagement and greater effectiveness for our advertising partners in the live viewing experience.”

“Advertisers continue to recognize that television remains the best platform for reaching a mass audience in a premium environment.  This is a positive development for our clients, and we’re excited for a growing footprint to deliver new ad insertion capabilities that are audience driven” said Dan Callahan, Senior Vice President, Data Strategy and Sales Innovation at FOX Corp.

INVIDI EVP of Media Michael Kubin said “Having pioneered the business in 2003, today INVIDI is the global leader in addressable television. National programmer minutes have always been on our road map, so we’re excited to participate in this kickoff with DIRECTV and Adcuratio. We’ve been working with DISH Media, Adcuratio and A+E in launching national addressable minutes; now marketers can benefit from the greatly extended reach to send the right spot for their goods and services to the right audience. Addressable television has worked exceptionally well at the local level, now that success will extend to national programmer availabilities as well.”

“Adcuratio provides end-to-end tech and workflows to the value chain across advertisers, agencies, networks and MVPDs through its three product offerings: Adcuratio campaign platform, Adcuratio orchestration platform and Adcuratio enablement SaaS. By bringing the precision of household addressability to national commercial inventory, our platform delivers significantly increased value to an advertiser’s TV investments. The addition of DIRECTV to this alliance takes it to the next level,” said Chris Geraci, CCO, Adcuratio Media.

Adcuratio provides end-to-end tech and workflows to the value chain across advertiser, agencies, networks and MVPDs through its three product offerings: Adcuratio’s campaign platform provides the advertiser an automated self-service suite to design, execute and optimize campaigns using multiple data providers across multiple networks and MVPDs. Adcuratio orchestration platform provides the MVPDs and networks a unification platform which auto-connects and automates workflows across all Adcuratio’s partners. Adcuratio enablement SaaS provides each MVPD and each network at no-capex with the necessary tech innovation customized to their infrastructure and processes to enable national addressability without forcing an expensive conversion to a single technology standard, (e.g., a co-developed out-of-band signaling solution with ViacomCBS for Broadcast addressable). www.adcuratio.com

Founded in 2003, INVIDI pioneered the development of addressable television, first in the United States and then globally in Europe, Latin America, Asia and Australia. INVIDI’s proprietary technology is able to provide addressability on both local as well as programmer advertising inventory on all MVPDs (cable, satellite and telco) as well as via online television distribution. For additional information visit www.invidi.com 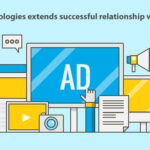 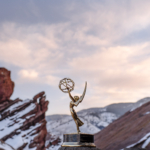 INVIDI Technologies Receives Technology & Engineering Emmy® Award For...
Scroll to top
We use cookies to understand how you use our site and to improve your experience. By using our services, you agree to our use of cookies.
ACCEPT
Privacy Policy
Manage consent