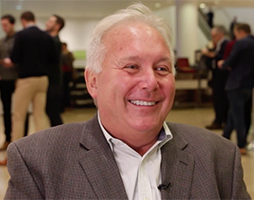 A year after acquiring the former Videoplaza video ad technology from its latest owner, ad-tech firm INVIDI says it has launched a new software suite, aimed at uniting the disparate worlds of advanced TV advertising.

In December 2018, INVIDI, which is owned by a consortium of groups, acquired Pulse, the technology of the former Videoplaza, which was acquired by Ooyala, which in turn had become owned by Australian operator Telstra.

“Since then, our board of AT&T, DISH Network and group WPP authorised us to create a new product which we call INVIDI Edge,” says INVIDI CEO David Downey in this video interview with Beet.TV.

He calls it: “The first product of its type  … (a) software interface that takes linear television, interfaces it with OTT and mobile. That product was delivered here just a few months ago.”

Downey says Edge is responsible for “tens of millions of dollars”, allowing advertisers to control the reach, frequency and separation of their ads across linear mobile, OTT or ad-supported VOD channels.

It is the latest video tech platform aiming to satisfy advertiser demand to buy campaigns in an integrated fashion across the array of new video screens.

“I’ve introduced this into Australia, Thailand, China, throughout Europe, United States,” Downey says. “This is the defining product for us because. To bring all the platforms together into one seamless interface is the coolest thing that we’ve ever done

“From our perspective, the consumer doesn’t really think about linear TV or digital TV or OTT, they just want to watch video.”

New Jersey-based INVIDI helps advertisers serve household-targeted ads in to TV streams in the two minutes per hour of programming available to MVPDs. But it is also gaining traction overseas, where operators have fewer restrictions, with a launch to support Liberty Global’s Belgian broadcaster Telenet and channel owner SBS Broadcasting.

This video was produced in London at the Future of TV Ads Global forum in December 2019.   This series is sponsored by Finecast, the global addressable TV agency of WPP.   For more videos from the series, please visit this page.

These Are The Supply-Side Ad Servers Trying To Win The Next Generation Of T... 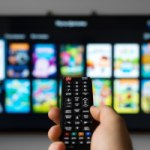 INVIDI Technologies extends successful relationship with Tata Elxsi
Scroll to top
We use cookies to understand how you use our site and to improve your experience. By using our services, you agree to our use of cookies.
ACCEPT
Privacy Policy
Manage consent