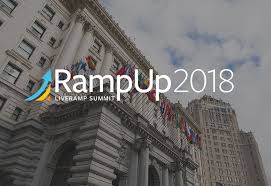 Beet.TV (SAN FRANCISCO) – Based on a survey of 88 Association of National Advertisers members and the Everett Rogers innovation adoption model, addressable television advertising has reached its inflection point and will grow quickly. This is because 15% of respondents regularly include addressable in their TV plans while another 35% have experimented with it.

“These numbers to me really indicate that we’re at that inflection point, and after all these years of talk and headlines, conferences about it, it’s actually going to start happening,” says Jim Nail, Principal Analyst at Forrester Research.

Nail presented the findings of the ANA/Forrester State of TV and Online Video Survey at RampUp 2018, the two-day LiveRamp conference. In this interview with Beet.TV, Nail explains why the annual TV Upfront ritual isn’t going away anytime soon and why marketers need to be “data detectives” in evaluating providers of advanced audience-targeting data.

According to the Rogers diffusion of innovations theory, once 15% of market participants have adopted a new innovation and 30% represent the early mainstream, “you’re at the inflection point, the proverbial hockey stick where the adoption accelerates rapidly,” Nail says.

In the survey, 28% of marketers reported being knowledgeable about addressable TV but haven’t yet entered the market, while 18% said they were aware of it but don’t know enough to use it and 6% said they were not at all aware of it.

While the industry is “not going to abandon the Upfronts anytime soon,” mainly owing to greater demand for primetime inventory than there is supply, advanced TV targeting is playing an ever-increasing role in negotiations, according to Nail.

Nail is “really excited” about some of the companies that are building the tools that buyers need to build TV schedules based on audience targeting beyond age and gender. “No buyer wants to be dependent on the data that the seller is telling them ‘here’s who our audience is.’ LiveRamp is certainly making a big contribution to the development of this area,” he says.

These data providers enable buyers to “let me do my planning myself and then go to the sellers and negotiate from that basis.”

He calls automatic content recognition technology that helps to track TV viewing and ad exposure “a very promising area of data.” Then he cautions that marketers entering the space need to become data detectives.

“All of those platforms promise a lot but you can’t take it at face value. You’ve got to ask who are these users that you’re getting this data from, how representative are they of the viewing audience as a whole.”

It boils down to “classic market research nuts and bolts methodology stuff to make sure that the data that you’re getting is really as high quality, as solid as the traditional data sets, like Nielsen, MRI and Simmons.”

This video is part of a series produced in San Francisco at the RampUp 2018 conference. The series is sponsored by Alphonso. For more videos from the series, please visit this page.

Liberty Global to use machine learning to target ad market with Liberty Ins...
Scroll to top